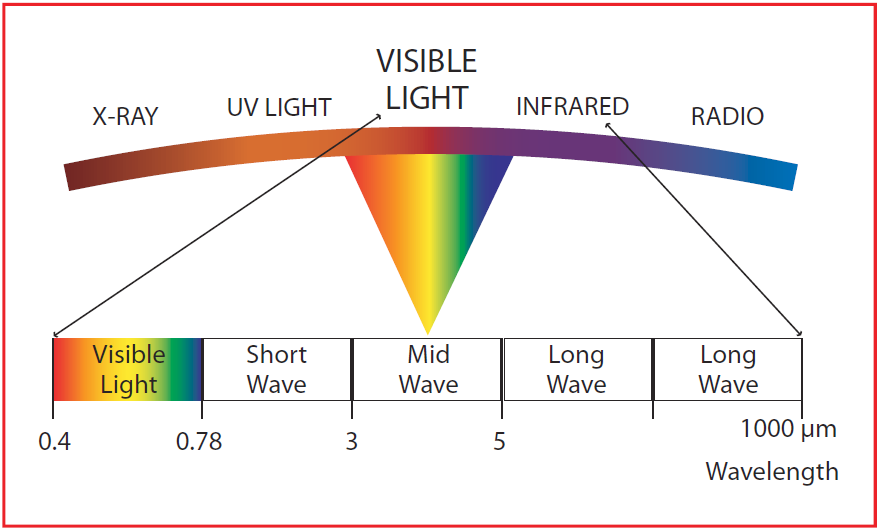 Infrared radiation (IR) is a component of the electromagnetic spectrum that falls between the frequencies of visible light radiation and radio waves. Electromagnetic radiation is sinusoidal in nature (having a succession of waves or curves) and the components of the total spectrum are differentiated by the frequency bands
they occupy. IR occupies the wave band between 0.78 microns and 1000 microns, although IR sensors at a spectral wavelength of 0.65μ (visible light region) are also used to measure temperature.

By focusing the IR energy radiated by a surface onto an IR sensitive detector in an IR Temperature Sensor, it is possible to determine the temperature of the surface by measuring the output from the detector. Though infrared radiation energy is invisible to the human eye, it is helpful to think of it as visible light because it behaves in an identical manner: it travels in straight lines, and can be reflected, absorbed and attenuated by objects and conditions in its path. The temperature of a glowing hot object (emitting in the visible region) can be determined visually based on its radiated color by a trained human eye.